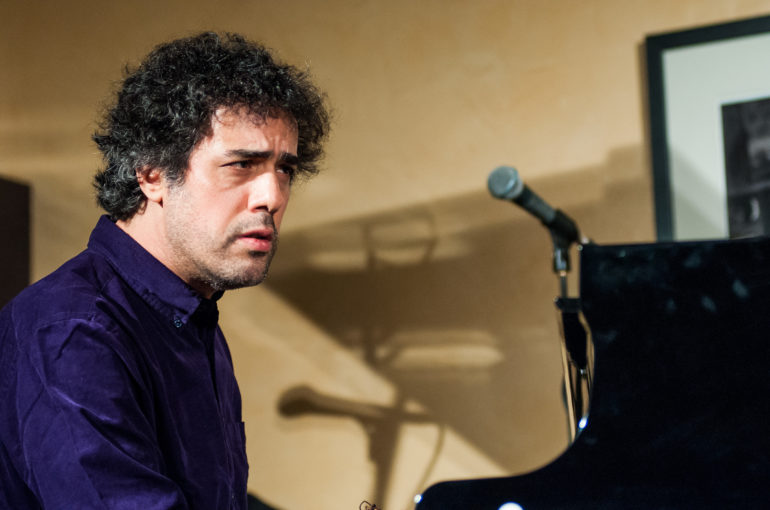 Michael Spike Wilner was born in the city of Manhattan, and hails from a direct line to a famous rabbinical dynasty founded by his great-great-great grandfather, Moses Sofer, who was also a Kabbala master & mystic. His grandmother, Marie Wilner, was a well-respected painter in the Abstract Impressionist style. She was active on the New York art scene of the 1930s through the 1960s and created an enigmatic body of work.

Spike was inspired to play Ragtime piano at a young age after seeing a docudrama on the life of Scott Joplin. This led to a lifelong passion for piano playing, ragtime and jazz music. Spike made his performance debut at the age of 14 by playing Joplin’s “Maple Leaf Rag” at the St. Louis Ragtime Festival, then held on the Goldenrod Showboat moored on the Mississippi River. Spike continued his music studies through high school and participated in its award-winning jazz band.

Spike then entered into a period of intense study and worked with many great teachers. Of the most important were Barry Harris, Jaki Byard, Kenny Werner, Walter Davis Jr., Kenny Barron, Mark Thompson, Harry Whitaker, Fred Hersch, Johnny O’Neal and Terry Waldo. He performed with and has led many bands in New York City at many famous (now closed) jazz clubs including The Village Gate, The Angry Squire, Visiones, Augies, The West End Gate and The Village Corner. Spike also toured with The Artie Shaw Big Band, The Glenn Miller Orchestra, and Maynard Ferguson.

Spike has several recordings out under his name including “A Blues of Many Colors” (Freshsound/New Talent), “Planet Jazz” (Sharp Nine) and “Three To Go” (Positone). Spike has published a folio of transcriptions of the work of Willie ‘The Lion’ Smith entitled “The Lion Of The Piano: 9 Compositions by Willie The Lion Smith.” He completed his Master’s Degree in Piano Performance at the State University of New York in Purchase, NY (2007).

In 1994, Spike began to work a regular gig at Smalls Jazz Club in Manhattan’s West Village. This became his permanent musical home and eventually led to his current position there as a partner and manager of the club. Spike now spends most of his time at Smalls and Mezzrow, and still plays there regularly with his group, as well as touring extensively around the world.

In May of 2010, Spike launched the record label SmallsLIVE which focuses on high quality audio recordings of performances from Smalls Jazz Club. With many diverse and exciting titles currently available, SmallsLIVE continues to anticipate a production of one project per month. Spike’s own project, “Spike Wilner, Solo Piano: Live At Smalls,” just received a glowing review in The New York Times Arts & Leisure section.