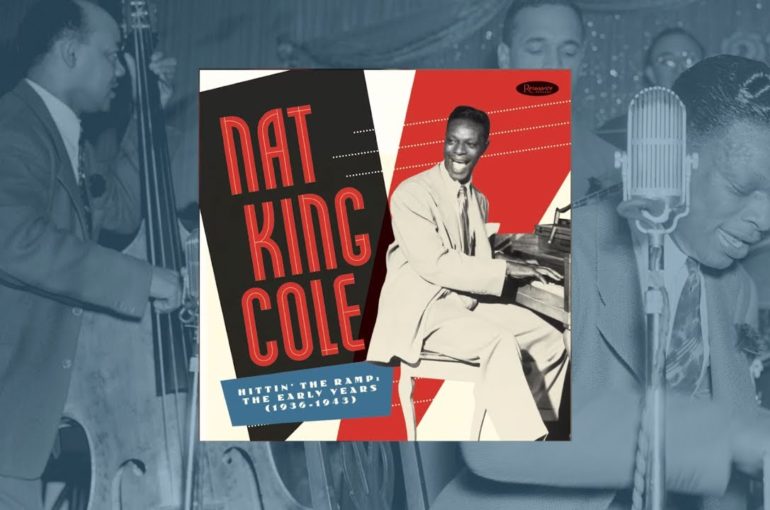 Released in partnership with the Nat King Cole estate, Resonance Records’ HITTIN’ THE RAMP: THE EARLY YEARS (1936-1943) is the first large-scale collection of the pivotal early recordings (1936-1943) of Nat’s 29-year recording career. Most tracks are receiving their first official release in this meticulously restored set of original live-to-disk recordings.

This definitive 7CD and limited-edition 10LP collection draws upon a wide range of sources, including many newly-discovered tracks unearthed for the first time from archives located all over the world, such as “Trompin” (jukebox-only release for Cinematone, 1939), “What’cha Know Joe” (undocumented radio performance, 1940 — now the earliest known recording of Nat “on the air”), “The Romany Room is Jumpin’” (private recording, 1941) and “Beautiful Moons Ago” (longer alternate take, 1943). Sessions include Nat at age 17, playing piano in his brother’s band in Chicago, 1936; the first King Cole Trio recordings from 1938, made for radio broadcast only, for Standard Transcriptions; further radio transcription sessions for Standard, Davis & Schwegler, Keystone, plus his first (uncredited) session for MacGregor, with vocalist Anita Boyer; the Ammor Records Session (Spring 1940 – the first commercial-release sessions for the trio), the Decca Recordings (1940-41), the small-label sessions for Excelsior and Premier labels (1943), many previously-uncirculating Armed Forces Radio performances, and, with producer Norman Granz at the helm, early jazz sessions with Lester Young (Granz historic, first session as a producer) and Dexter Gordon, originally released on Philo and Mercury, respectively.

Hittin’ the Ramp features new remastering from original source disks transferred for this set from a number of personal collections and from the archives at University of California – Santa Barbara, The Institute for Jazz Studies at Rutgers University, the the CU Boulder American Music Research Center, and the Library of Congress.

Celebrate Nat King Cole’s centennial in 2019 with this definitive early years multi-disc box set. This is the origin story of a great artist just as he was just “hittin’ the ramp,” launching a distinctive style that would quickly become famous the world over.