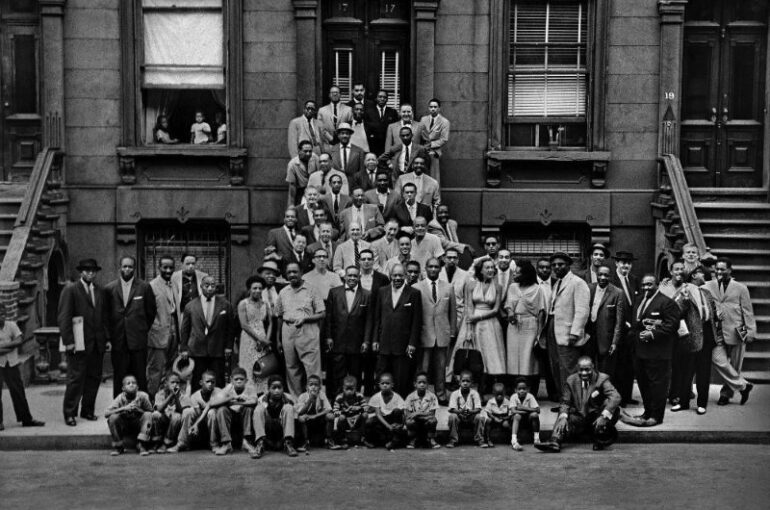 Uptown Grand Central and Jazzmobile are thrilled to announce the August 12, 2021 celebration surrounding the commemorative street co-naming of East 126th street between 5th and Madison Avenues as ‘Art Kane Harlem 1958 Place.’ August 12th marks the 63rd anniversary of the gathering of 57 jazz luminaries in East Harlem for the shooting of the famed Art Kane photograph “Harlem 1958.” Known alternatively as “A Great Day In Harlem,” the iconic photograph has become one of the most celebrated images in American history, capturing the vitality of jazz in the late 1950s. Dedicated to the preservation and furtherance of the jazz artform and the greater East Harlem community,  the celebration of this historic street co-naming event will take place from 2:00pm to 4:00pm EDT on Thursday, August 12th.