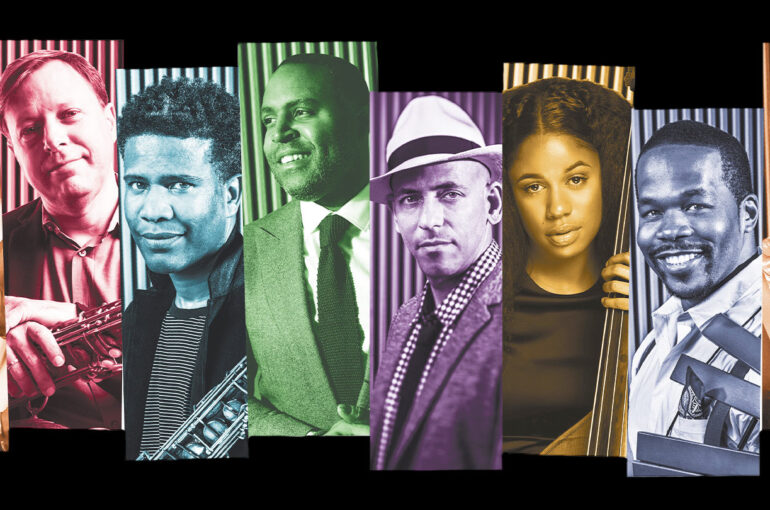 An all-star ensemble comprising the finest performer/composers at work in jazz today, the SFJAZZ Collective has traditionally assembled each year to create fresh arrangements of works by a modern master and newly commissioned pieces by each member of the band. Through this pioneering approach, simultaneously honoring music’s greatest figures while championing jazz’s up-to-the-minute directions, the Collective has always embodied SFJAZZ’s commitment to jazz as a living, ever-relevant art form.

This year is different. Great musicians have always created work that reflects the state of the world around them, and in response to the tumultuous times in which we find ourselves, the Collective has decided to forego a specific tribute artist in order to compose, arrange, and perform original dedicated to who we are as a country and a people in light of the fight for racial justice, the global pandemic, and the unprecedented political polarization and upheaval we are facing in our daily lives. Additionally, the band will debut new approaches to a selection of classic songs associated with peace, freedom, and social commentary, including Marvin Gaye’s “What’s Going On,” the classic anthem “Lift Every Voice and Sing,” and “Throw it Away” by Abbey Lincoln.

The season also marks the addition of three exciting new additions to the band with vocalist Gretchen Parlato, drummer Kendrick Scott, and saxophonist Chris Potter, who will also assume the role of Music Director for the ensemble — the first time the Collective has had a member in a leadership position in over a decade.