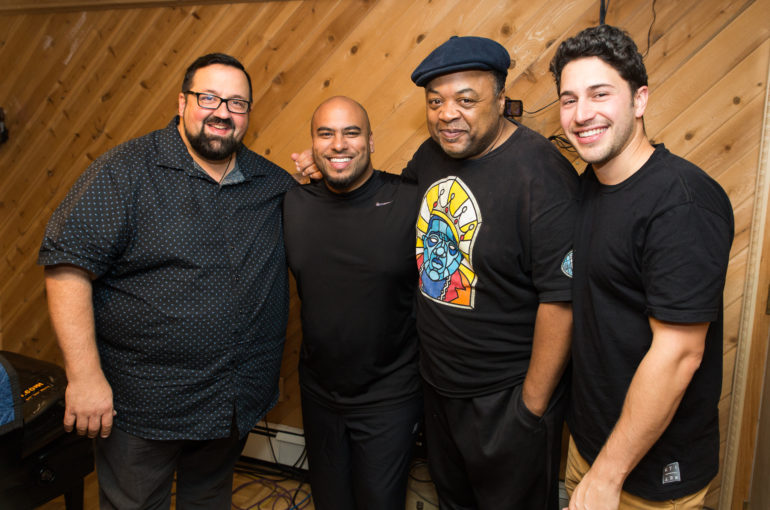 Troy Roberts steps forward with his eleventh release as a leader, Days Like These – an amalgamation of his journey as one of the leading young lions, emerging in today’s jazz idiom. Roberts also steps forward as a label owner with Toy Robot Music, his own signature brand that will begin with his first offering featuring two fellow bandstand mates, the first being luminary organist Joey DeFrancesco. Roberts has enjoyed being a regular member of DeFrancesco’s band for four years, he regularly tours and records with DeFrancesco and has appeared on two of his releases; Project Freedom(2017) and In The Key Of The Universe (2019). Roberts also had the esteemed pleasure of appearing on the iconic Van Morrison albums, The Prophet Speaks (2018) and You’re Driving Me Crazy (2018) – MD’d by DeFrancesco.

Also joining Roberts on this latest endeavor is another of his longtime collaborators, drummer Jeff ‘Tain’ Watts. Roberts was also a Jeff ‘Tain’ Watts Quartet member for five years, and appeared on three of his records; Blue, Vol. 1 (2015), Wattify (2016) and Blue Vol. 2 (2016). In turn, Watts appeared on two of Roberts albums; Secret Rhymes (2015) and Tales & Tones (2017). Roberts reconnects with pianist/organist Emmet Cohen, who appears on five tracks, the two have a great comradery in their playing. Roberts explains, “we played a lot of organ trio together back in our Miami days when he was a student and I was on faculty (University of Miami’s Frost School Of Music)”.