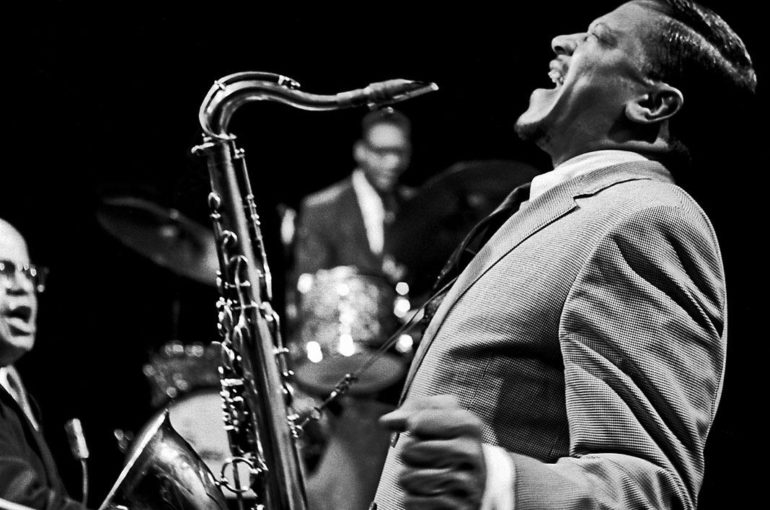 The late tenor saxophonist and music educator Illinois Jacquet’s 97th birthday was on October 31, and in honor of the occasion, the nonprofit educational foundation that bears his name released a short documentary video online. Called Higher Goals to Conquer, the video—which you can watch below—was produced by Pulitzer Prize-winning photojournalist Manny Crisostomo and includes excerpts from Texas Tenor: The Illinois Jacquet Story, a 1991 film directed by the photographer and filmmaker Arthur Elgort (a longtime jazz lover who shared some of his classic images and stories in the December 2018 issue of JazzTimes).

In the film, Jacquet can be seen leading a big band at the Blue Note in New York and teaching band students at Harvard University, where he’d been the first jazz artist-in-residence (in 1983 and ’84). The saxophonist’s daughter Pamela Jacquet Davis, now president of the Illinois Jacquet Foundation, is interviewed on camera and reveals, among other things, that she only began to understand the true significance of her father and what he did for a living when she was a student at Howard University and took a course in jazz history—taught by the great hard-bop and fusion trumpeter Donald Byrd. “My father’s desire to always perform at his best—excellence in his craft—and to share that ideology with his colleagues and students is his legacy and the basis of why the Illinois Jacquet Foundation was founded,” Pamela Jacquet Davis said in a statement. “Jazz is our contribution to music history. The pages of jazz history were written by many of the musicians who were my father’s contemporaries. It is critical that we instill longevity into jazz music and jazz education by supporting our youth who pursue jazz as a profession. My father was and will remain part of that history and IJF is committed to supporting jazz education and excellence in jazz saxophone performance.” Jean-Baptiste “Illinois” Jacquet, who was born in Louisiana and raised in Houston, became famous after cutting the tenor sax solo on Lionel Hampton’s 1942 hit version of “Flying Home.” He helped popularize both the bluesy “honking” style of saxophone playing and the use of the tenor’s altissimo range. After Hampton, he played in the bands of Cab Calloway, Count Basie, Charles Mingus, and Norman Granz’s Jazz at the Philharmonic. He remained active on the jazz scene well into his seventies, with 16 consecutive years of headlining the Midsummer Night Swing concert series at Lincoln Center in New York and regular performances in Los Angeles at the Playboy Jazz Festival. He died in 2004 at the age of 81. For more information about the Illinois Jacquet Foundation, visit its website.