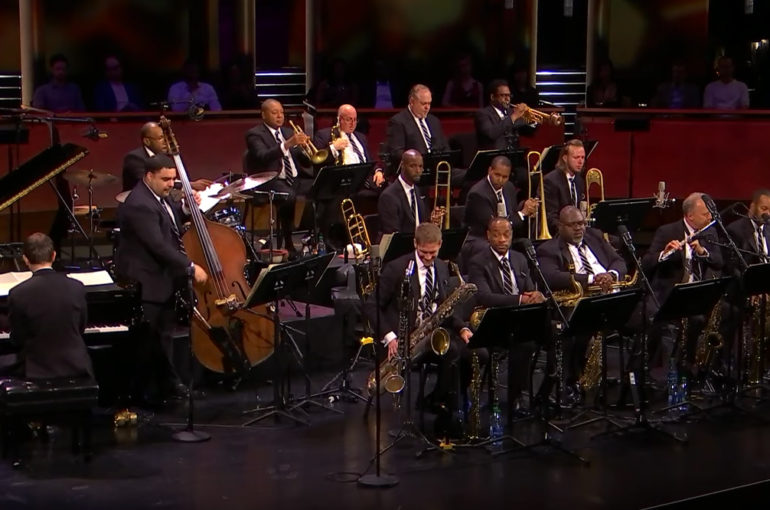 Continuing Jazz at Lincoln Center’s 30th anniversary celebration, this special evening was dedicated to the brilliant composers of New York City’s house band: the Jazz at Lincoln Center Orchestra with Wynton Marsalis. The JLCO has put forth a vast, innovative body of original work over the past decade, and for one night in Rose Theater they treated audiences to a collection of their best compositions. Featuring the compositions of current JLCO members like Victor Goines, Ted Nash, Sherman Irby, Marcus Printup, Vincent Gardner, and Wynton Marsalis, the JLCO songbook includes some of the finest and most stylistically diverse big band music in history. Such variety and uniformly high quality is a rare achievement for any band, but no other group has ever had 11 composers and arrangers of this level in its ranks. The JLCO composers’ thematic ambitions, distinctive musical personalities, and unprecedented range make their repertoire a particularly potent demonstration of big band jazz’s limitless potential.