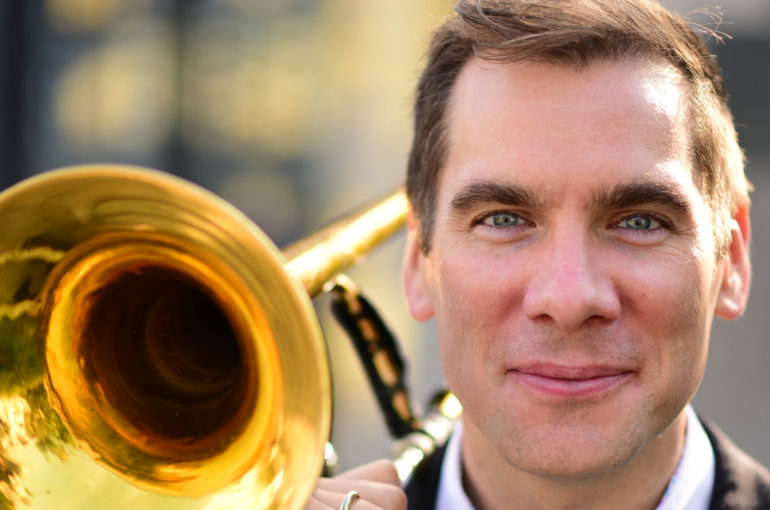 Urban(e), the debut album from the Mike Fahie Jazz Orchestra is now on Jazz After Hours and Jazz Happening Now.

The ensemble, which has been together since 2012, features eighteen of New York’s best creative musicians, including standout soloists Chet Doxas, Quinsin Nachoff, Jennifer Wharton, and David Smith, along with Fahie himself on trombone and euphonium.

Urban(e) represents over 200 years of musical invention, interpreted through a jazz lens including subtle undertones of blues, rock, and soul with interpretations of well-known works from the classical repertoire including Stravinsky’s “The Firebird”, a Bach Cantata, a prelude by Debussy, and perhaps the world’s most well-known opera aria, Puccini’s “Nessun Dorma.”