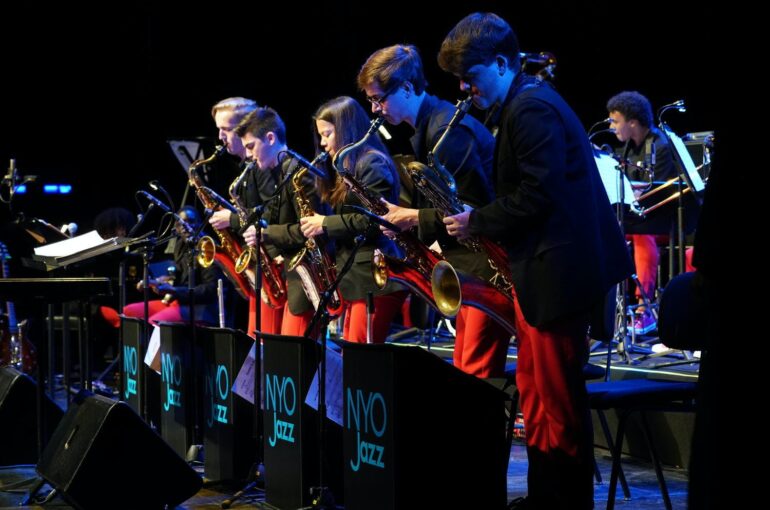 NYO Jazz returned in 2019 for its second year, following a triumphant inaugural year during which the ensemble played to sold-out houses and received rave reviews. The 23 members of NYO Jazz 2019—ages 16–19 and representing 15 US states—were recognized by Carnegie Hall as some of the finest jazz players in the country following a comprehensive and highly selective audition process.