Seth Weaver
Anguilla from Outside in Music Live at Pinch Recording Vol. 2 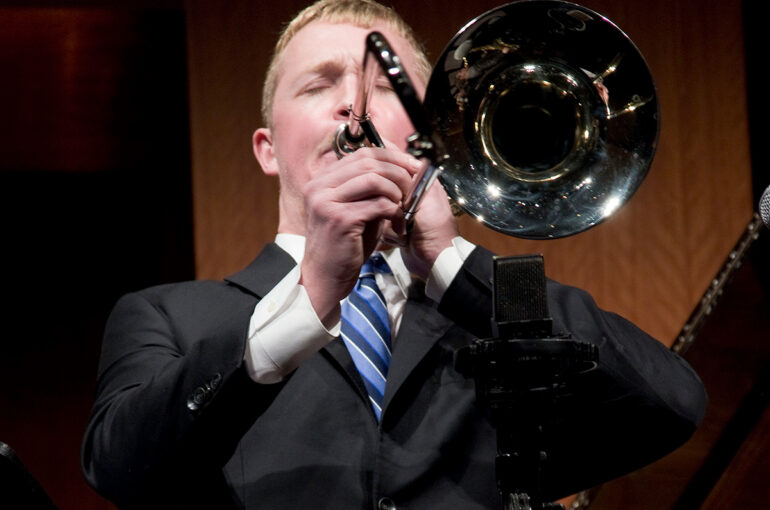 Anguilla | Outside in Music Live at Pinch Recording Vol. 2

From Seth:
“Anguilla” has gone through many forms in the past year… Originally a big band arrangement for another tune, I took pieces of it to form a brand new song when traveling to the Caribbean. I tried to make this tune as unique and beautifully haunting as the island itself.

“Outside in Music Live at Pinch Recording Volume 2” (OiM 2037) provides ten original compositions from ten bandleader/composers on the Outside in Music roster, recorded live at Long Island City recording studio Pinch Recording. The project is a collaboration between OiM and Pinch to feature the artistry of the composers and feature new additions to the studio’s arsenal of equipment to be able to capture acoustic jazz at its best.

“I’m committed to creating a platform for our artists to be able to share their art with the world on a more regular basis” commented label founder Nick Finzer. “To stay relevant in today’s rapidly moving social media culture, we have to keep up with the times by releasing content at the speed that audiences want to consume music. One album every few years simply won’t cut it anymore.” This ambitious plan has lead to three sessions over the last three years that feature the musicians from the label’s roster collaborating with one another sharing their compositions both new and reimagined for this one-day only session. “It’s a really special thing to get so many great artists in one place” says Finzer “the spirit of the music truly comes alive when we’re all working together towards a common goal, helping realize each other’s artistic visions.”

OiM Live at Pinch Vol 2 recording yielded ten original compositions and will be released as a digital-only Album available on Spotify, Apple Music, Tidal, Bandcamp et al, on November 20th, 2020. Additionally each composition will be featured on social media across YouTube, Facebook and Instagram as live-in-studio videos available each week via Outside in Music’s media channels

OUTSIDE IN MUSIC is a record label and media company that exists to serve musicians, a community that strives to lift its artists above the noise of the 21st-century music industry and make music that expresses the sounds of today’s wide-ranging jazz and creative music scene.